A flavour of the pioneering days of Barclays in Uganda is given in a contemporary letter from a branch accountant in 1931: first task of the day was to spray the clouds of mosquitoes in the branch that had entered the night before; next was dealing with the vast quantity of coin brought in for deposit by customers – ‘thousands of shillings, thousands of cents, but very few notes.’ Our correspondent marvelled at the variety of people: ‘Hindus, Gujaratis, Sikhs, Goans, Somalis and locals’. He was very grateful for his new technology – a fridge powered by paraffin!

As in other parts of the continent Barclays was always engaged in the general welfare of the country. 1964 saw the building of the ‘Barclays Library’ at Kyambogo teacher training college, made possible with a grant of £8,000 to mark Uganda’s independence.

A local board for Uganda was established in 1966 and the Ugandan business of DCO became the first in Africa to be locally incorporated as Barclays Bank of Uganda, on 1st November 1969 The government acquired 49% of the new company while DCO retained a 51% holding, with A G Woodcock as the first chairman and general manager of the bank. At the same time Barclays acquired the Ugandan business of a subsidiary of the French bank SFOM, the Commercial Bank of Africa. By 1969 there were 9 branches and 33 other offices. The main produce financed by the bank in the early decades was coffee and sugar.

In the 60s, highway robbery began to affect cash movements between the branches, but despite the dislocation to business caused by political instability and civil wars between the mid-60s and 80s, Barclays business survived. During the chaos and invasion following the overthrow of President Amin in 1979, branches were looted and employees attacked. Sadly two lost their lives, and many colleagues lost everything they owned. The troubles produced many heroes in the bank. During the invasion, London lost contact with Uganda altogether for a while and a special team of experienced men volunteered to restore order to the branches. Mr Yekowasi K. Oteba – now deceased – ran the bank during that period. In 1985, after years of civil war, the newly rebuilt branch in Archbishop Luwum Street stood like a phoenix to symbolise the rebirth of the business. Barclays again took a leading role in financing the coffee industry as a vital element in rehabilitating the economy, and in the major currency reform of 1987.

In the best Barclays tradition, the sports club was quickly reformed, and colleagues were looking forward to the advent of automation, with Barclays chairing the Uganda Bankers’ Association computer committee and the Barclays Computer Centre opening in May 1986. The achievements since then have been remarkable. 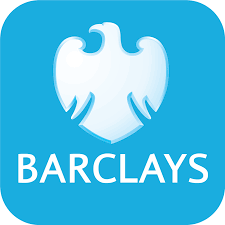