dfcu Limited was started by the Commonwealth Development Corporation (CDC) of the United Kingdom and the Government of Uganda through the Uganda Development Corporation (UDC) under the name of Development Finance Company of Uganda Limited. Later restructuring brought in DEG (of Germany) and International Finance Corporation (IFC) as equal partners with CDC and UDC, each having a 25% stake in the company. Its objective was to support long-term development projects whose financing needs and risk did not appeal to the then existing financial commercial lending institutions.

dfcu Limited was incorporated under the Laws of Uganda on the 14th of May 1964, as a Private Limited Liability Company.

dfcu Limited is a Public Limited Liability Company converted on 18th March 2004, and was listed on the Uganda Securities Exchange on the 14th of October 2004. 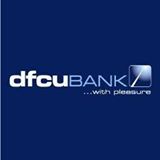